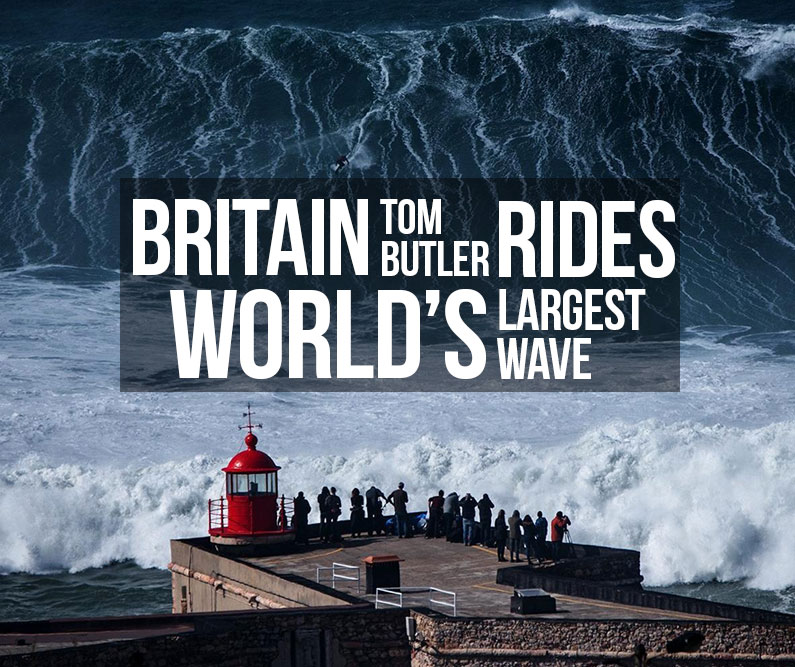 In December, British surfer Tom Butler rode a 100-foot wave at Praia do Norte, in Nazaré, Portugal – and everyone thinks he’s likely broken the record for the biggest wave ever surfed!

They were probably correct – a development that makes Butler the undeniable protagonist in Big wave surfing circles!

What is Big Wave Surfing?

Big Wave surfing is reserved for veteran surfers, with enough experience and skill to ride down waves at least 20 feet high.

They use a specific type of surfboard, known as ‘gun’ or ‘towboard.’ Each surfer chooses a board which suits their technique and the size and of the targeted waves.

At the early 90’s, a cross over sport known as ‘tow-in surfing’ was introduced, allowing surfers to reach even bigger waves while reserving their strength and energy.

The surfer is towed into massive waves by jet ski and gets the speed and momentum required to ride the wave successfully.

Check out some of the most extreme big wave riding from Nazare:

This new technique revolutionised big wave surfing, allowing surfers to use much smaller and lighter boards and gain speed and improved manoeuvrability.

By the dawn of the new century, tow-in surfing gave surfers the chance to master waves over 50 feet high. Soon, heights approaching the 100-foot barrier seemed ready to be conquered.

Officially, the record for the biggest wave ever surfed is held by a Brazilian surfer named Rodrigo Koxa.

Koxa made an incredible run down an 80-foot monster wave on the same coast in November 8, 2017.

His feat was officially recognised by the World Surf League and made it to the Guinness Book of World Records.

It is expected to pass to Butler in April, when the World Surf League (WSL) will convene and decide on the matter.

Koxa broke the record of the American surfer Garrett McNamara, who managed to surf down a 78-foot wave in 2011.

Who is Tom Butler?

Tom Butler, known by most of his fellow-surfers as ‘Buttsy’ or ‘Mr T,’ remembers himself as being a rather shy boy of ten when he first hit the waves, dabbling mainly in football and skateboarding.

The moment he tried to stand on a surfboard for the first time, he knew he had discovered the passion of his life. 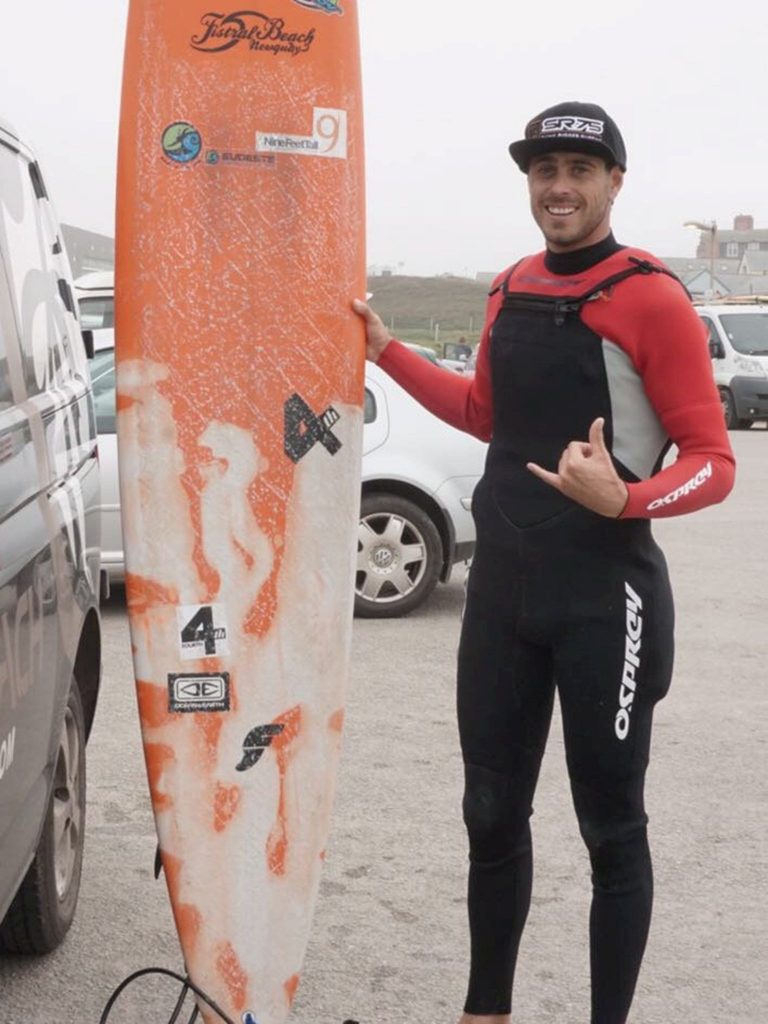 Surfing quickly became his focus, leading him to his first nationwide surfing title a couple of years later.

After winning several British and English titles as a junior surfer, he ranked 3rd in Europe in under 16’s and under 18’s age groups and won his first men’s title by the age of 19.

His ocean experience has helped him in improving water safety on major sporting events, like the Red Bull Storm Chase.

Known for his unfaltering style on the wave, Butler always enjoyed surfing the ocean during storms – so, big monster waves quickly fired his imagination.

In 2014, Butler conquered some of his first monster waves at Nazare beach, taking first place for the tallest wave of the year, along with his friend Sebastian Steudtner,

They do some great work so please do check them out.

Butler decided to return to Nazare and ride some of the watery giants storming the coast during the winter.

It would seem that no big wave surfer can resist the appeal of this Atlantic seaside resort and its long sandy beaches! 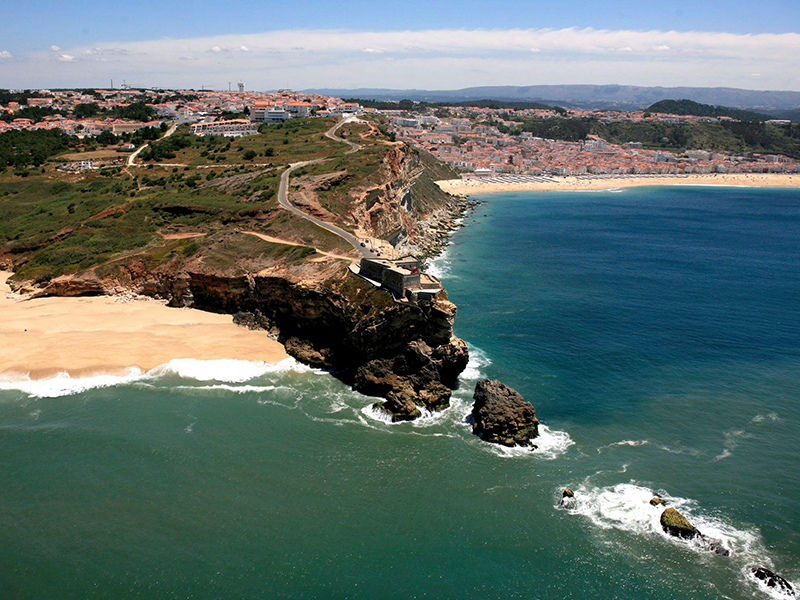 Having gained reputation initially as a picturesque seaside village, Nazare turned quickly into a haven for surfers, mainly because of the gargantuan waves smashing into the Praia do Norte, Nazaré’s north beach.

These gigantic, high breaking waves owe their existence to a rock formation known as the Nazaré Canyon.

Securing WSL’s official recognition is a key step for Tom.

When the Portuguese surfer Hugo Vau claimed to have surfed a 115-foot wave (the “Big Mama” as it was later called), on January 2018, he failed to validate his achievement and get the WLS’s official recognition.

Having surfed there several times in the past, Butler knew the dangers involved, as well as the physical state required to ride successfully such big waves.

Surfers have suffered major injuries during wipe-outs in Nazare. The accumulated force of tons of water coming crashing down is a lot for the human body to endure.

In fact, in 2016, in one of his first tries over the waves of Praia do Norte, Butler experienced a fierce wipe-out and had to spend several days in the hospital.

I’d never have taken a wave like at Nazaré if it wasn’t in a heat…never. I can remember paddling in and I knew I was deep, but I was kinda hoping it would be one of those waves that break, fatten slightly and then run off.Tom Butler

It wasn’t. Trying to go straight down a giant A-frame, and far too far from the shoulder, Butler made it about two thirds of the way down the face before taking the full force of the wave on his back. 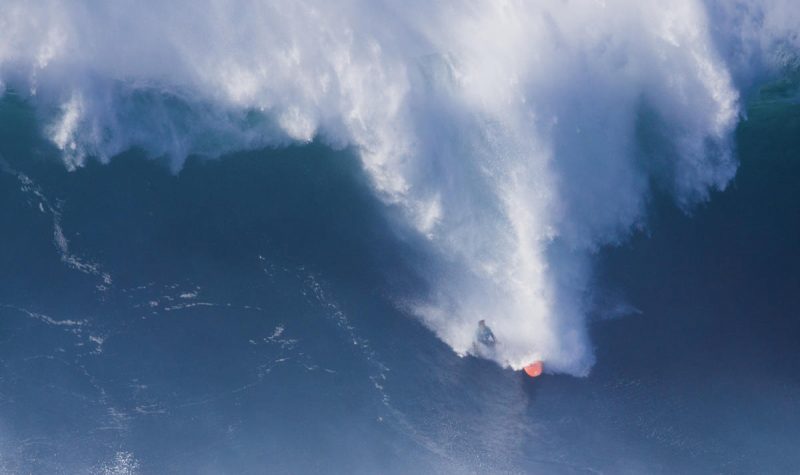 Tom Butler’s impact which resulted in a nearly severed ear.

Something in the fall ripped his right ear nearly clean off, while the impact to his torso moved his ribs to the point of nearly causing a collapsed lung.

As he was being sucked over the falls, his head popped out the back of the wave, enough for an invaluable breath before being taken down again.

Butler returned to Nazare much better prepared this time, both mentally and physically.

After several successful and even more unsuccessful rides, he caught what observers described as a ‘gigantic wall of water’ forming right underneath the peak.

He swiftly rose to his board and managed to draw a nice line at an amazing speed before finally kicking out safely and, surprisingly enough, almost dry!

Up until now, all independent sources have concurred in their estimation of Butler’s wave to 100 feet, and there is a growing consensus among prominent surfers that Roxa’s record is not going to hold for much longer. 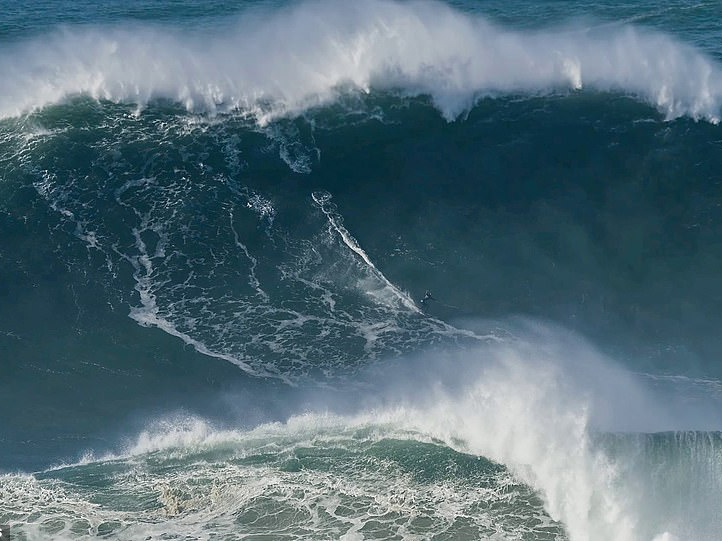 Butler said he felt grateful for being in the correct spot at the right moment.

He also thanked Sebastian Steudtner who drove him into the wave and provided him with the kit necessary to surf this challenging area with safety.

‘When I was going down I thought, ‘Holy f**k, this is the fastest I’ve ever been. It was one to tell the grandkids about!”Tom Butler, Big Wave Record Holder

The 29-year-old surfer now feels confident that the wave he rode was very close to the 100-foot range and is anxiously awaiting for official recognition.

Kalani: Gift from Heaven
£3.49
Buy from Amazon.co.uk
Bestseller No. 5