How To Practice Your Shooting Safely 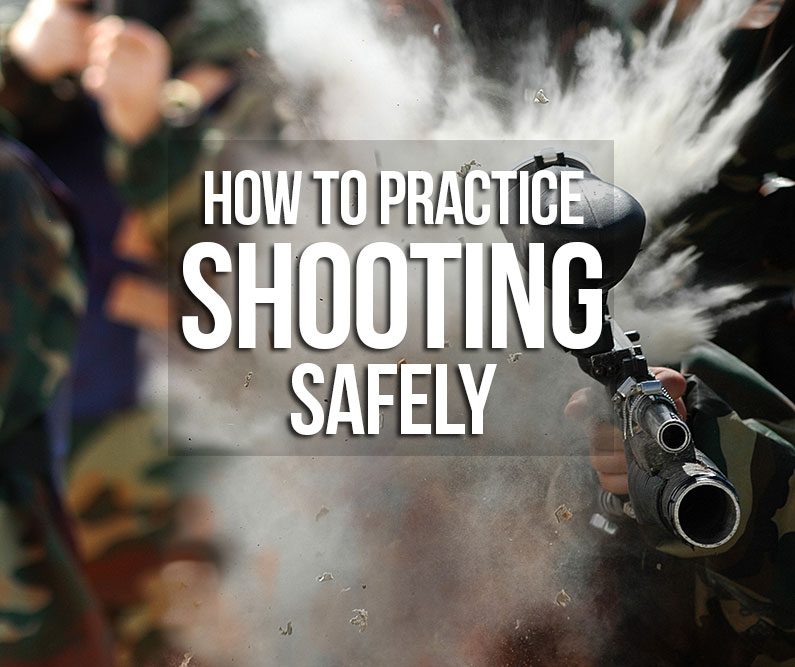 Whether you’re a new or experienced shooter, there are plenty of sports and activities you can enjoy to improve your shooting ability.

In a nutshell, shooting sports refers to a group of recreational sporting activities that focus on precision, tests of accuracy, and speed of shooting.

It involves the use of various types of weapons, including but not limited to airguns, rifles, bows, portable guns, and more.

These activities can be completed as a team or individually. The team activities are typically assessed by adding all the scores of the individual team members.

So let’s find the right one for you:

This is one of the best outdoor activities you can do to practice shooting while keeping yourself safe.

Participants use handguns or rifles to shoot clay targets (also known as clay pigeons) propelled by a machine.

This can be the perfect activity to improve your shooting skills using flying targets.

The speed the clays move, provides a unique test of your aim during movement.

Another exciting outdoor activity which allows you to practice shooting is the Airsoft.

Airsoft is a competitive sport where participants hit each other using specialised guns which fire pellets to hit and eliminate opponents. 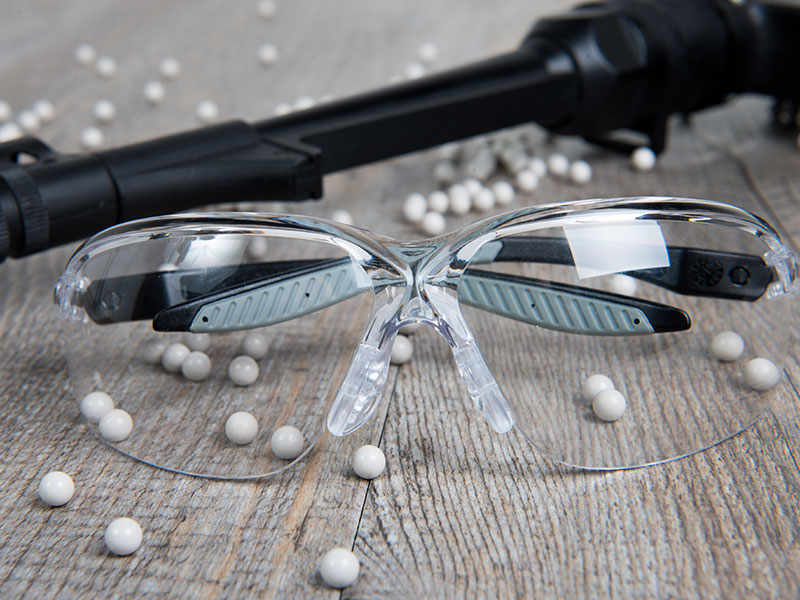 The unique part of playing Airsoft is the honour system in which a hit player is ethically bound to call themselves out of the game.

Airsoft is one of the most realistic forms of combat simulation which can be played in both indoor and outdoor spaces.

It usually takes place on a field and basic structures, that necessitates the use of real-life military tactics to win the game. 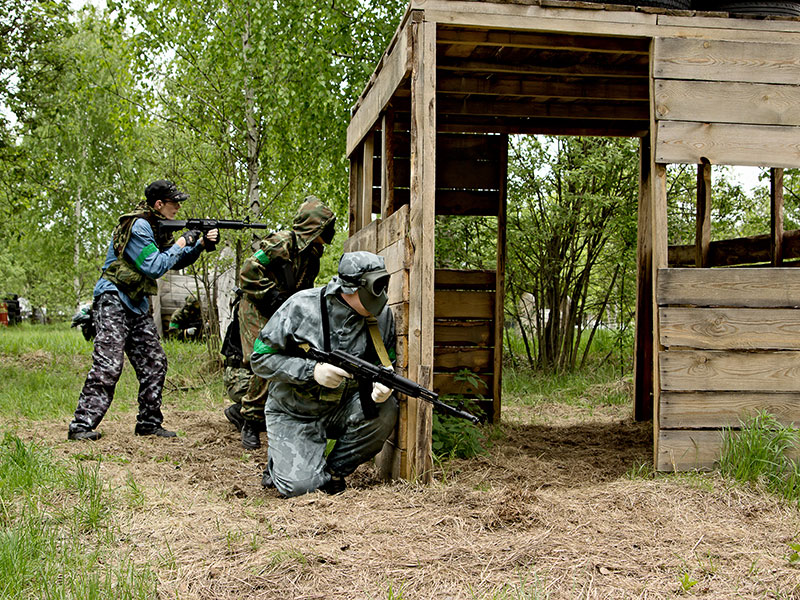 Airsoft guns are often designed to look like real guns, and are inspected to ensure implementation of power output restrictions and safety protocols.

If you want to make the best of playing it, then you need to consider the quality of gear you’ll need for Airsoft.

Another shooting activity that you’ll surely love is the crossbow.

It’s a weapon similar to a bow, which is used to fire arrow-like projectiles known as bolts. Just like any other shooting activity, a crossbow takes a lot of concentration and skill before you can perfectly take aim of your target.

It’s also a great way of practicing your shooting ability because it involves a target that can enhance your marksmanship. With a great degree of efficiency and training, you’ll be ready to play crossbow with your friends.

With the use of your best custom handguns, participants play against one another to hit conventional bowling pins placed at a set distance.

The one who finishes the activity in the shortest time possible will win.

Check out this video of a Dad Vs. Son shooting competition:

Bowling pin shooting is a great outdoor activity that several recreational shooters can try to practice their handgun skills with the support of their peers.

It’s a great way to experience the fun side of shooting.

If you’re looking for an enjoyable outdoor activity to practice shooting, paintball can be an excellent option.

Players compete against one another to eliminate opponents by knocking them off with spherical dye-filled gelatin capsules (paintballs), which burst upon impact. 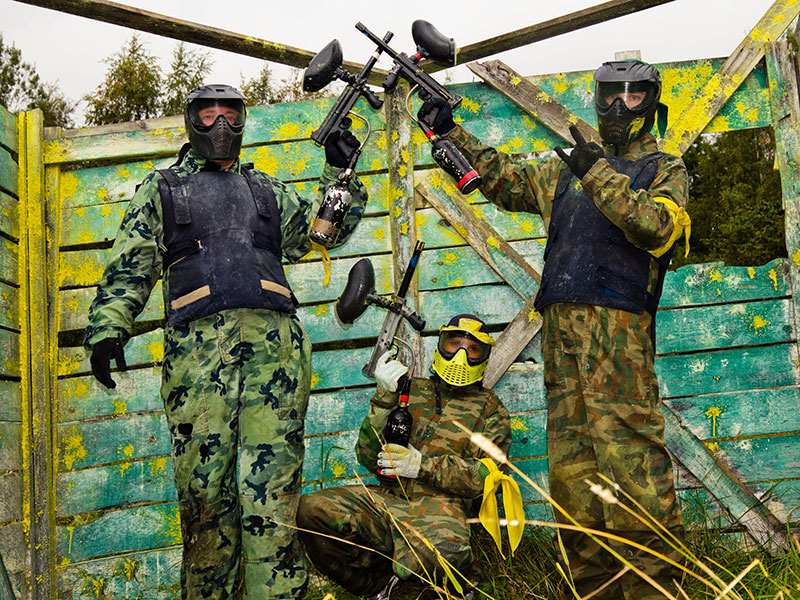 Since it doesn’t involve a dangerous weapon, paintball is considered a safe way to practice your shooting ability.

Participants range from 12 to 60+ years old as the activity offers a good, entry-level shooting option for large groups.

Sometimes, shooting isn’t all about using weapons such as handguns, rifles, and many more.

There’s a range of outdoor activities in which you can practice your shooting ability without using guns, archery being the most well known.

It’s a fun shooting sport that uses a bow to shoot arrows. 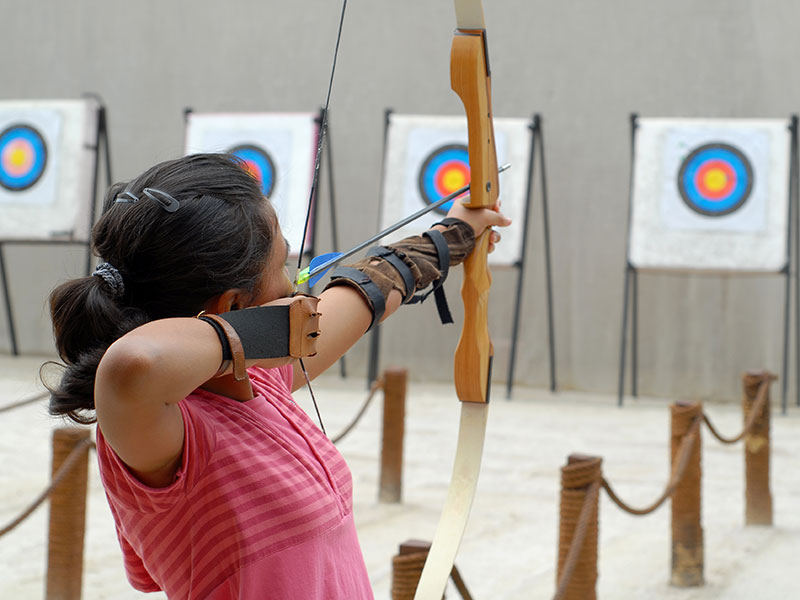 If you wish to improve your skills in shooting, archery can be an ideal choice. It’s a widespread past time for several people that can be played outdoors.

Regardless of age and gender, you can use archery to develop your shooting ability in a fun and safe way.

If you want this outdoor adventure to be more exciting and extreme, you can try battle archery in the U.K. and other countries worldwide.

A shooting range refers to a specifically-designed facility intended for shooting practice and training.

This kind of facility doesn’t only cater to law enforcement or military authorities, but also to recreational shooters. Also, activities available in the shooting range can be played indoors and outdoors.

Below are some targets or activities you can try in shooting ranges:

With this kind of activity, the participant is required to use handguns in hitting a round target which is known as “bulls-eye” as near to the center with slow precise fire.

Moreover, bull’s-eye shooting is designed to improve and test your skills without needing to compromise your safety.

The target is shot at different distances which can help improve a person’s shooting ability.

It’s a shooting activity that uses a running deer, boar, or moose as a target.

Available at varying distances, playing this at a shooting range can hone the way you aim at targets.

You probably haven’t heard of plinking, but it’s a fun-filled outdoor activity that helps you practice your accuracy and speed of shooting.

All you need to do is to hit targets like tin cans, golf ball, balloons, and anything else you can think of…

Unlike other shooting sports, plinking can be played between family and friends, which is fun and safe in itself.

It’s one of the most enjoyable shooting activities to try and involves the use of laser equipment with wireless headsets.

With this, you can play by group and battle together to survive a range of packed missions. You need to make sure you fire at an opponent from a specific distance.

When you aim for your opponent’s head sensor, the laser gun will sound, giving you a delay time to shoot or get shot again.

Because of its mechanics, laser combat can be a fun-filled get-together for families. Not only that but aiming for your target with a laser gun allows you to practice your shooting skills safely and efficiently.

This is a shooting activity in which high-precision rifles are used to shoot paper targets. It’s called benchrest because the gun is placed on the front and sit on a table or bench. 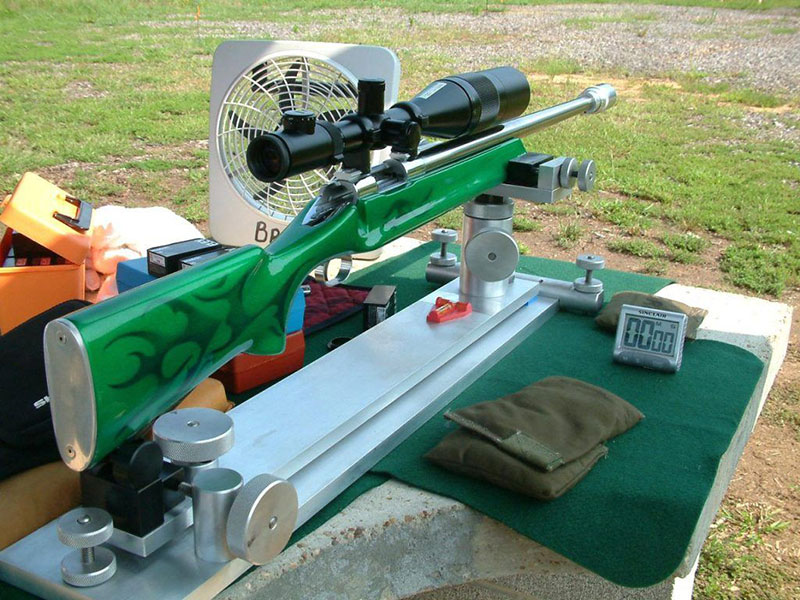 The participant sits at the bench and holds it without rest. By doing benchrest shooting, you can develop your shooting accuracy and skills through experimentation.

Not only that, but you can try this activity while having fun and without thinking about your safety.

There’s a lot of things you can do to practice your shooting ability.

If you’re a new recreational shooter, the list of outdoor activities mentioned above will not only help your precision and speed in shooting, but it’ll also bring fun and excitement (in a safe environment).