The BEST Adrenaline Activities Outside Europe! 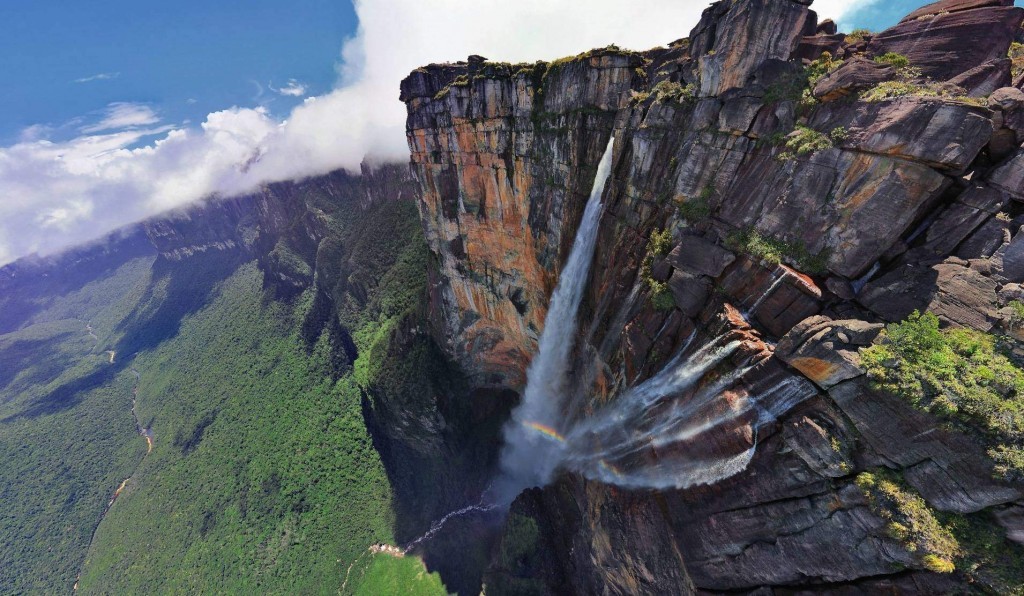 Adrenaline – a hormone, a neurotransmitter, even a type of medication but also the most exhilarating and healthy addiction in the world!

Have you ever considered an ‘adrenaline’ themed tour around the world?

We have designed for you an itinerary of such a tour made up from destinations outside Europe.

It would be an unforgettable journey from start to finish, designed to get your heart racing!

Are you ready to start?

Leaving Europe, our first stop is Victoria Falls, right between Zimbabwe and Zambia.

While neither the highest nor the widest waterfall around the globe, Victoria Falls ranks among the largest, with a staggering height of 108 metres and width if more than 1,700 metres, which makes it the seat of the world’s biggest sheet of falling water!

Can you imagine a better spot for bungee jumping or a better start for an adrenaline tour?

Is there a better place to bungee?

Next we travel to Tanzania and the imposing peaks of Mount Kilimanjaro, the world’s tallest freestanding mountain at almost 6,000 metres!

Conquering its slopes and heights is a challenge, but it will fill you with the confidence and inner strength that will continue to motivate you throughout the tour.

The hike is on many people’s bucket list, but the comparative ease of the climb (compared with other well-known ascents) means many routes are overcrowded.

The view at the top

Gansbaai is the ultimate destination for shark lovers, and cage diving with some of these magnificent and awe-inspiring creatures is the ideal way to experience Africa before we move on to the next continent.

Gansbaai is the great white shark capital of the world and is only a two and a half hour drive from Cape Town.

You will see these the sharks up close and personal from the safety of your own cage, with your guides experienced in bringing the sharks as close a to the cage as possible for a more thrilling encounter!

Up close with Jaws

Asia’s threshold for adrenaline junkies is the picturesque Ölüdeniz in Turkey.

Jumping over a cliff a little less than 2,000 metres above sea level and flying over the wild and majestic landscape stretching beyond, especially the crystal-clear emerald waters and amazing shores is something you do not want to leave out from your journey.

Probably the peak of your tour, at the throne of the planet. Skydiving from the highest Drop Zone around the globe will dwarf almost anything else included in our list.

Free-falling from 29,000ft above Mount Everest in Nepal, will literally take your breath away.

Are you brave enough?

Pokhara is widely famed as a prime destination for paragliding, combining unmatched scenery, stunning views over the Himalayas and a vast lake nestled among them.

The place is perfect for Parahawking too, which was actually invented right here in Pokhara.

Byron Bay’s legendary waves have been a magnet for the world’s most skilled and passionate surfers, along with its white-sand beaches, and the never-ending beach parties.

Take your pick from the best surf spots in Byron from Main Beach to Clarkes Beach and The Pass.

Haiku Stairs, also referred to as “The Stairway to Heaven” is a hike over almost 4,000 steps crawling up Oahu’s Koolau Mountain Range.

Three to four hours up, one to two hours down. It’s definitely a challenge!

Before dismissing it lacking in adrenaline rushes note that it will require all your physical strength and stamina to reach the top and, most importantly, that it is sort of… illegal!

So, it is up to you whether you will include it in your itinerary or not, but thrill seekers from all around the world swarm in to marvel at the breathtaking vista over Hawaii.

Route 66 (or ‘Will Rogers Highway’ and ‘Mother Road’) was embedded in popular culture by the hit song ‘Get Your Kicks on Route 66’.

This terms is 100% correct, mainly because of the several National Parks scattered along the way, offering some of the best terrains for hiking and climbing, including the Joshua Tree National Park and the superb Grand Canyon.

A moment of zen after the climb

Next on our list is Venezuela’s Angel Falls, the world’s highest waterfall and one of the most magnificent locations to take part in this extreme sport.

Just getting here is an adventure. The 979m-high falls are located in a remote spot in the Guiana Highlands, accessible by riverboat and a trek through the jungle.

The Perrine Bridge in Idaho is the only bridge in the country where base-jumping is allowed all year round without having to apply for a permit.

Base-jumping is not for the faint-hearted; it was actually a creative way to cater for the needs of people who have already dared the highest bungee jumps and the fastest paraglides and still feel a hunger for something more… extreme.

Swinging over the void!

A genuine extreme attraction hidden within the mountainous wilderness of Ecuador, the Casa del Arbol is not exactly a sports destination, but will get your adrenaline levels higher than ever!

La Casa del Árbol (which means ‘The Treehouse’) was actually a seismic monitoring station hooked right on the edge of a canyon.

Despite the mesmerizing view of the volcano lying beyond, adrenaline rushes are guaranteed from a swing hanging from a branch of the tree, offering the chance to the brave-hearted to swing into the void, without any ropes and harnesses or other safety precautions.

What a view at Casa del Arbol

We reached our final destination. It is neither the hardest, nor the most difficult in our list, but it is great fun and just what you need before returning to your routine.

It involves skill, precision and technique to enjoy it without putting yourself in danger. The good thing about Negril is that it provides several different cliffs to jump off, depending on your experience and skill.

Which destination and activity would you add to our list?

Tailor your options to your physical condition, experience in some or all of these activities, and, of course, your budget!