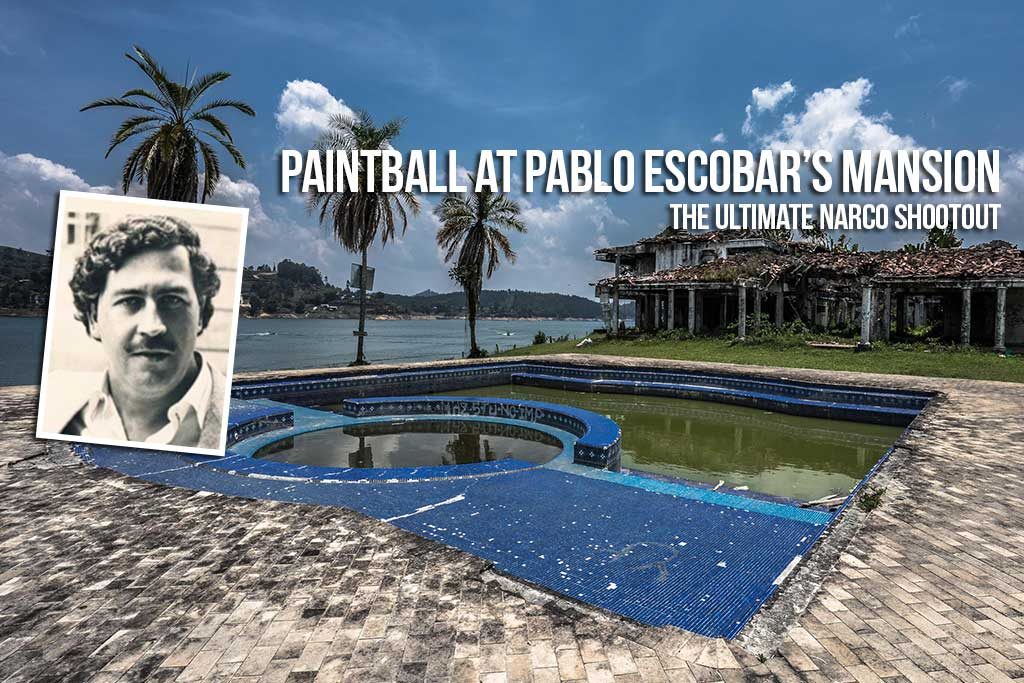 Follow in the footsteps of Pablo Escobar in the ultimate paintball showdown!

If you’ve ever watched Narcos on Netflix, you’ll be very familiar with the name and face of Pablo Escobar, the Colombian drug lord and narcoterrorist. 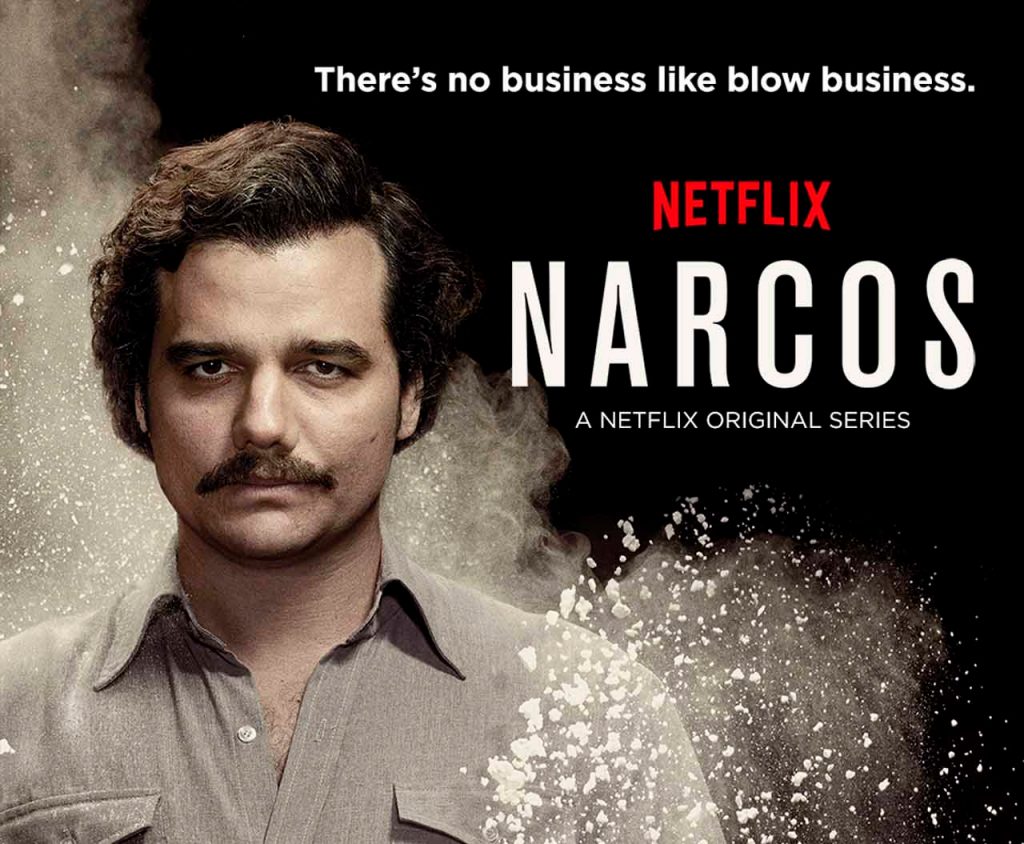 At the height of his career he was turning over almost $22 billion a year in personal income and peaking at a net worth of $30 billion in the 1990s, making him the richest criminal in history.

Being the ‘King of Cocaine‘ and managing a cartel that supplied 80% of the cocaine smuggled into the US didn’t come without its dangers though and as a result numerous dramatic gunfights took place at Escobar’s various homes. 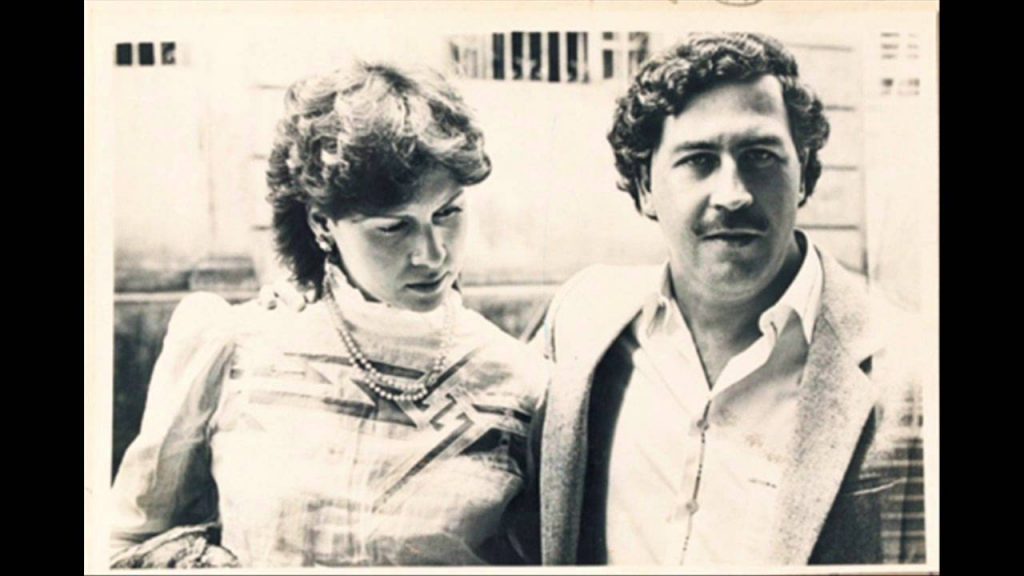 Tourists and travellers can now visit one of the narco-king’s residences and take part in a thrilling dramatic shootout themselves.

Previously people were able to visit Escobar’s modest house just outside of Medellin (Colombia) to meet his brother, have a guided walk-around and take photographs of the infamous blue truck that was used to smuggle drugs over the border.

But now they can indulge in an immersive site visit and adventure at one of his lavish estates nearby. 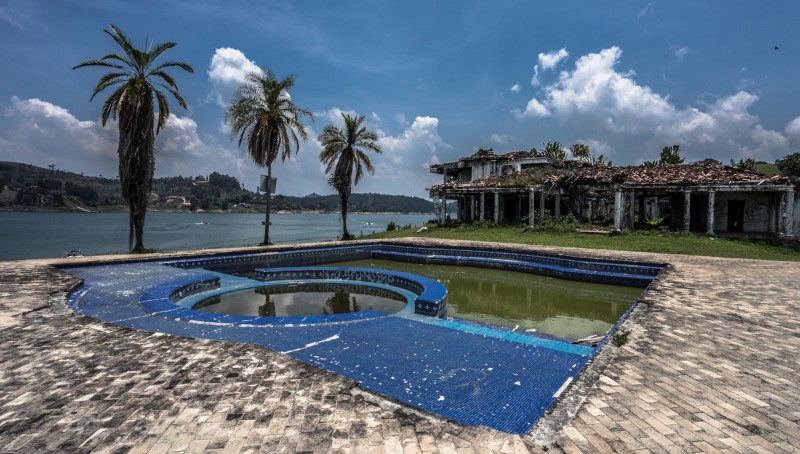 Given the damage and terror he unleashed on the country, its residents and its reputation, there is some controversy over these tours and experiences, but it hasn’t stopped backpackers flocking in from far and wide and news of the activity at his La Manuela estate has even reached national newspapers.

The day begins with revellers riding atop (yes, atop, not inside) a Jeep from the nearby town of Guatape to Escobar’s vast La Manuela ranch. Here they get a tour of the remains of a once glorious mansion and pool and learn about its owner’s history and extravagant lifestyle.

Exploring the graffiti covered interior, you’ll see some of the walls have large holes where opportunists came looking for money apparently hidden around the property. It’s not too outlandish considering that at the height of his empire, Escobar was spending $2,500 on rubber bands just to wrap his fortune, a fortune which grew at an estimated $60 million a day. 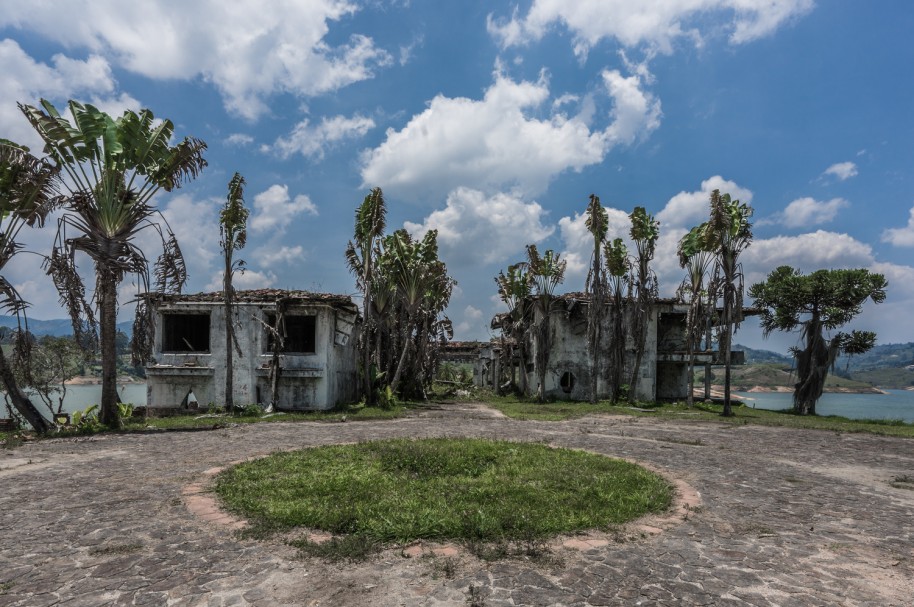 Then it’s time to don their gear, grab a paintball gun and start the most exciting part of the adventure – a themed paintball game in the bombed-out Colombian estate of the most famous drug lord in history.

The decaying shells of once impressive buildings create a post-apocalyptic background to the exhilarating chaos of paintballing. 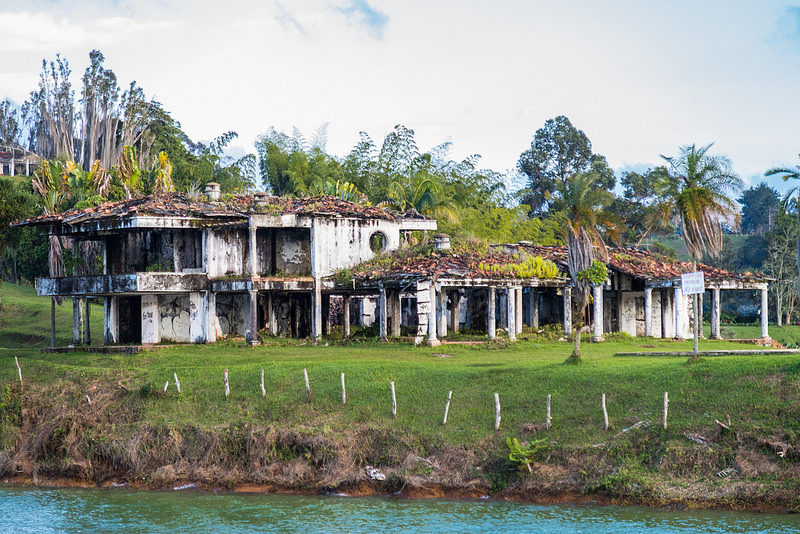 Needless to say, the theme is centred around many of the drug-fuelled shootouts that happened in real life and the game is fast-paced.

Players are divided up into groups, with half playing as narcos (members of Escobar’s drug cartel and highly sought after criminals) and DEA agents (the international authorities hunting them down). 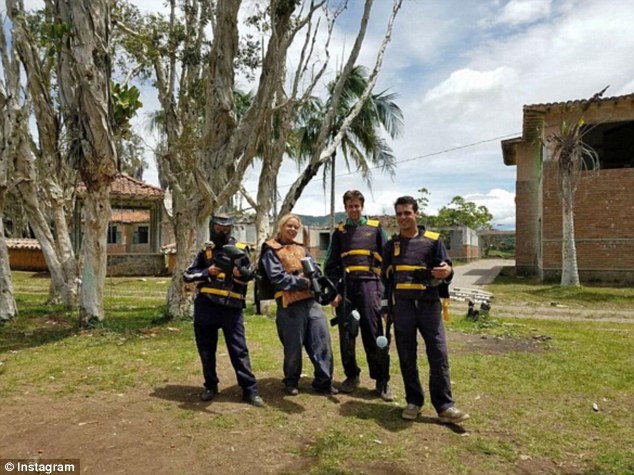 One lucky and brave individual is chosen to play as Pablo Escobar himself and is the primary target to be aided and shielded where possible by his narco teammates.

In place of real guns and bullets, specially adapted rifles shoot bright yellow paint pellets that explode on impact – leaving no doubt over who has been taken down and who has come out victorious.

The main building has two stories, providing a great view over the field of play and inbound opponents, as well as offering hideouts and temporary shelters to duck and cover.

A series of smaller annexes close to the main mansion would have housed Escobar’s extended family and visiting guests. Now the decaying remains look like something closer to an abandoned, post-apocalyptic resort with a mixture of real bullet holes and paint splatters falling side by side in somewhat of a juxtaposition.

Numerous games are played with the option of changing up teams switching into the role of the King himself. However, the aim remains the same – the narcos must keep Escobar alive until all the DEA agents have been ‘disposed of’.

For the DEA agents, they must take down all the narcos at all costs. All team members have the same number of paint pellets and access to building remains, rooms to shelter in and old objects to seek cover behind but being quick and accurate with shots is crucial. 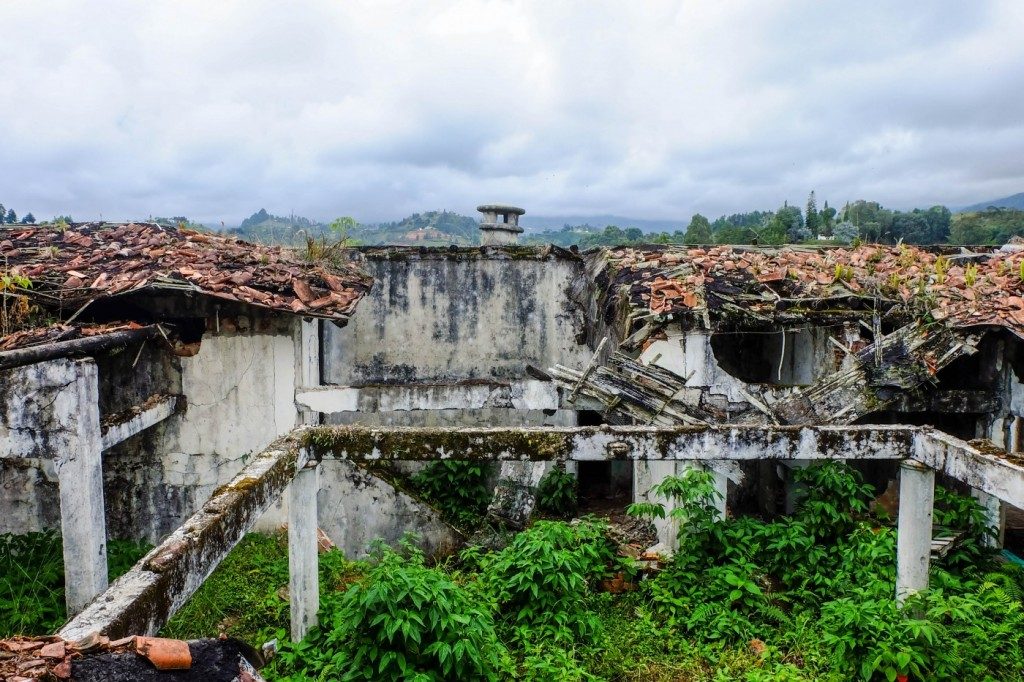 Players that end up barricaded in the upstairs room may feel like the real-life narcos, backed into a corner in their final moments before being either shot or incarcerated with their only chance to escape being to fire back and make a stealthy exit.

The once luxurious annex that would have hosted parties for South America’s notorious criminals and high-flying cartel members is now a playground littered with yellow paint spots.

How would Escobar, a highly powerful and feared individual, feel about gringos running and laughing through his dilapidated property?

Probably not great, but given its popularity with visitors, there’s no doubt that it will ensure his name and story live on for a long time to come.

Fancy taking part in an exhilarating paintball game darting through the decaying residence of the infamous drug lord Escobar?

First you’ll need to get yourself to Colombia, then sign up in advance or at any of the hostels in Guatape town and take part for the very reasonable price of 80,000 COP (around £25) for a half-day experience. For more info visit http://www.escobarpaintball.com

Trigger fingers at the ready and expect some bruises!

Best Airbed for the UK in 2020 (January Update)
It’s a matter of convenience. A bed is one of the

Best Airbed for the UK in 2020 (January Update) Best Airbed for Home Use Sable Inflatable Bed Air Mattress with Built-in Electric Pump It’s a matter of convenience. A bed is one of the largest pieces of furniture in your home, and when you need an extra one only once in a while, an airbed is a great way to have your cake and eat

Best Pop-Up Tents for the UK in 2020 (January Update) Khyam Highlander Combining an impressive rain resistance, a clever wind responsive design and Khyam's famed Quick Erect System, Highlander will do more than just cater to the needs of three campers. Pop-up tents were initially designed for cars and were notorious for their rather

Best DSLR Cameras for the UK in 2020 (January Update) Nikon D7500 The Nikon D7500 is an excellent camera, with lots of great features, all for a great price. If you’re thinking about buying a new DSLR camera, it makes sense to do a little research. DSLR or Digital Single Lens Reflex cameras have been around for a long time, yet they