2019 may well prove to be a remarkable year for jet suit enthusiasts. British inventor Richard Browning is convinced that we will see a new speed record of more than 50 km/h (up to 32 mph) in one of the upcoming jet suit racing events.

Describing the events as nothing sort of ‘astounding and phenomenal’, he added weight to his claim with a new – and very impressive – demonstration flight a few days ago:

Richard Browning, a well-known British entrepreneur and inventor, has often been called a ‘real-life Iron Man’ because of his amazing accomplishments in jet suit designing.

He started realising his dream of a jet engine-powered suit in his garage, with the help of a few friends. Browning decided to take a leap of faith and in 2017 founded a firm dedicated to the creation of autonomous flying suits – a ‘human propulsion technology start-up,’ as described by the founder, wishing ‘to re-imagine the future of manned flight.’

His main source of inspiration has been his father, a gifted aeronautical engineer and inventor, who tragically lost his life when Browning was still a teenager. 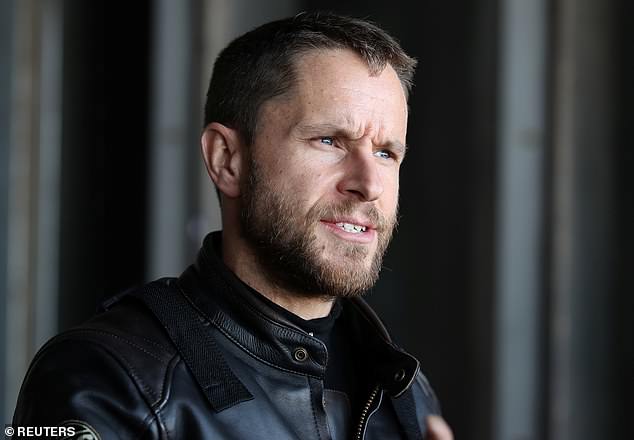 Young Richard did not let his father’s demise affect his love and enthusiasm not just for flying, but also for revolutionising the aviation industry. On the contrary, it augmented it.

According to Browning, the whole idea behind the suit is to equip nature’s most wondrous machine, the human mind and body, with sufficient and thrust.

The first steps were made with the ‘Daedalus Mark 1’ model (named by Browning’s son), which managed to achieve a significant vertical flight with the thrust of six electronically controlled micro turbines fuelled with kerosene.

Made from graphene composites, for much less weight, the Daedalus Mark 1 reached a remarkable thrust of 130 kg.

The user was able to control the elevation and speed through gearshifts placed at the end of each arm, using a head-up display inside the helmet to get feedback on fuel consumption and other parameters. In addition, a sophisticated airbag system was added to provide some protection from possible impacts.

According to Browning, the Daedalus Mk. 1 model could do even better: based on his estimation, it could reach a speed of more than 320 km/h and fly for 10 minutes over a thousand metres high, but he and his associates preferred to keep the speed and elevation low purely for safety reasons – at least for the time being.

The suit being tested by Browning

Browning has demonstrated live the capabilities of his jet suit over and over again in the past couple of years, having most of his flights recorded by the media and explaining at every opportunity the purpose and practicality of his invention.

One of Browning’s suits has already reached a maximum speed of 51.53 km/h (32.02 mph), at Lagoona Park in Reading. This particular model was an improved, five-turbine version of the Daedalus prototype, that managed to set a Guinness World Record as the Fastest speed in a body controlled jet engine powered suit. All jet engines were mounted on the pilot’s arms and back.

Setting the record was far from easy. Browning failed in his first two attempts, but managed to find the momentum he needed in his third try, which amazed everyone with its smooth flying – despite the fact that, because of a wrong estimation, it ended abruptly in the lake’s water!

Browning’s performance stunned the world and convinced him to put the jet suit on sale for ‘just’ £340,000.

The price did not dissuade nine buyers to get a customised version of the record-setting suit. In fact, most mechanics thought the price to be quite reasonable, considering the fact that the materials used for just one suit cost around £100,000, aside from production expenses and spent man hours.

Still, during his latest demonstration, Browning sparked new interest for his ground-breaking invention, by announcing in advance a new world record in one of the upcoming jet-suit racing events in 2019.

Browning could not – or would not – hide his enthusiasm about the series of airborne races that are about to start, describing them as ‘phenomenal’ events that will feature men and women from various sporting backgrounds.

Following another demonstration of his record-breaking suit at the Bentwaters Park, in Suffolk’s Woodbridge, he said that holding a three-dimensional air race circuit with jet-suits mastering a 1,000-horse power can be nothing less than astounding for spectators and inspiring for aviation professionals.

Weighing less than 27 kg and featuring cutting-edge electronics and 3D-printed parts, Browning’s latest model combines the usual set of body mounted micro jet-engines, fixed on a carefully designed exo-skeletal suit. It is fuelled either by jet fuel or diesel, and its improved design enables the user to take off vertically and then control his flight using mainly his upper limbs.

The upgraded turbines generate enough thrust to keep the pilot in mid-air for more extended periods of time while facilitating landing and minimising mishandling. Its nominal maximum elevation? A staggering 3,658-metre altitude!

Compared by many with the baby-steps of the first aeroplane, Browning’s demonstrations have inspired numerous other entrepreneurs, inventors and mechanics to try out their ideas, ushering in an age when aeronautical technology turns in the hands of consumers instead of the aviation companies.

Browning’s most impressive demonstration and recent statements fed speculation and intrigued aviation fans, who eagerly wait to learn more about the dates and venues of the upcoming jet-suite races.