BEST Action & Extreme Sports Videos To Take Your Breath Away 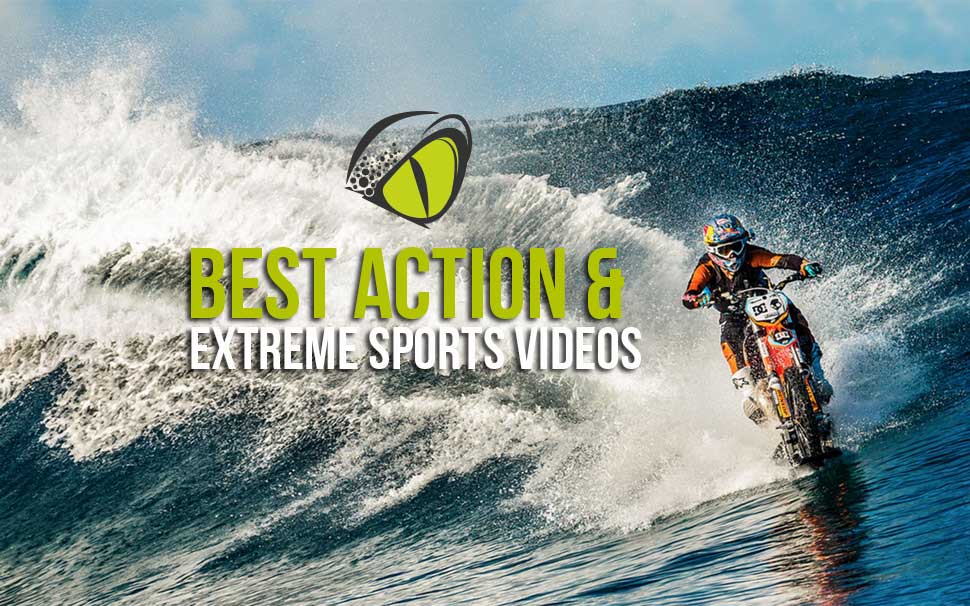 Now that Go-Pros and action cameras are such a big part of sports at all levels, it’s a daily occurrence to see the next big thing in extreme sports popping up in your Facebook news feed.

However, every now and then there’s a video that takes your breath away. A video you just can’t stop watching.

Maybe one insane move, maybe it’s a run with lots of parts, maybe it’s just taking the sport to the next level. All we know is they melt the internet!

BASE Jump From MotoX Bike

Skip to 4.22 if you just want to watch Brad O’Neal go for it

Parkour in 8-bit…on a moving train!

Danny MacAskill’s The Ridge in his native Isle of Skye.

Showing off his skills on a full suspension bike miles away from the nearest concrete stairs!

Catapults being put to good use by the Flying Frenchies.

Enjoy the sculpted ice landscapes of the Mont-Blanc mountains (France).

Walter’s run to the beach

The late Uli Emanuele in the clip which made his name

Candide Thovex’s One Of Those Days 3

Robbie Maddison Rides His Motorbike Off a Ski Jump

This  just goes on forever…

Jeb Corliss flying down a mountain…

One of the earliest and best examples of close-proximity flight!

Guillaume Nery launches into the darkness of Dean’s Blue Hole (Bahamas), a 663 feet sinkhole formed under the ocean floor.

Without a doubt, Alex is taking climbing to the next level!

A truck jumping an F1 car!

The Lotus F1 Team wanted to do some PR. The result was impressive…

Check out the 800-metre descent at almost 45mph!

…riding the massive waves of Tahiti!

We couldn’t finish without a mention of the most ‘out there’ video we know!

We’re sure there’s more…and we’ll keep adding to the list.

Please share your comments and we’ll add your best suggestions!